The tension in the room was palpable as the crowd awaited the star’s arrival. As he
strode into the room, the assembled throng broke out in a cheer that seemed to
shake the walls. Seated on a stool in the front of the room, he dispelled any notion
that he was anything but a regular person, someone to whom everyone in the room
could easily relate.

The star was 15-year old, JP (John Peter) Viernes, who played the leading role in
Billy Elliot the Musical!. Viernes’ appearance in the Starting Arts studio in Santa
Clara was an exclusive event for the members of the 2012 Dream Team production,
who comprised the excited crowd.

Viernes visited the 60 or so Dream Team members for almost two hours. During that time, he answered questions that ranged from if he has a girlfriend or not – “I sort of do” to what he likes to do in his spare time – “I like to hang out and chat with my friends and I also like to read” to what is the most difficult thing about performing each night – “keeping the whole body involved and focused” to what is his favorite part of the show – the finale, “because it’s one of the happy numbers and the entire cast is on stage.” When asked about playing the role of Billy, Viernes responded that he “…is one of five Billys in the touring company” and he was selected out of approximately 1,000 boys.

Viernes performs on stage as Billy once or twice a week and is currently getting ready for the American tour, opening in St. Louis, Missouri on November 1. But the real treat for the students began when Viernes gave a demonstration of some of his dance numbers including the chair spin and flip. Spinning a chair once or twice seems like it might not be too difficult to do, but Viernes did this while describing his scene on stage and also performing the dance routine he does during the show. He continued on through the number, culminating in a chair flip as effortlessly as someone might toss a napkin into the air. When the chair touched back down again at the end of the number, the Dream Team members burst out in even more thunderous applause than previously.

If the students thought that was the culmination of a great day, they were in for even more as Viernes taught the students to tap choreography from Billy Elliot the Musical!, posed for pictures with the students and even delighted the audience by joining in on a ukulele jam session guided by a few older Dream Team members. Not to be the only one doing the entertaining, the Dream Team members showed off some of their work performing two numbers from the next production. If his schedule allows, Viernes was asked if he wanted to join the Dream Team for their next production. Although that question was left unanswered, the sample of the Dream Team production given, including the final musical number, left everyone in the room excited at the prospect. For more information on Starting Arts and the Dream Team, please visit www.startingarts.com. 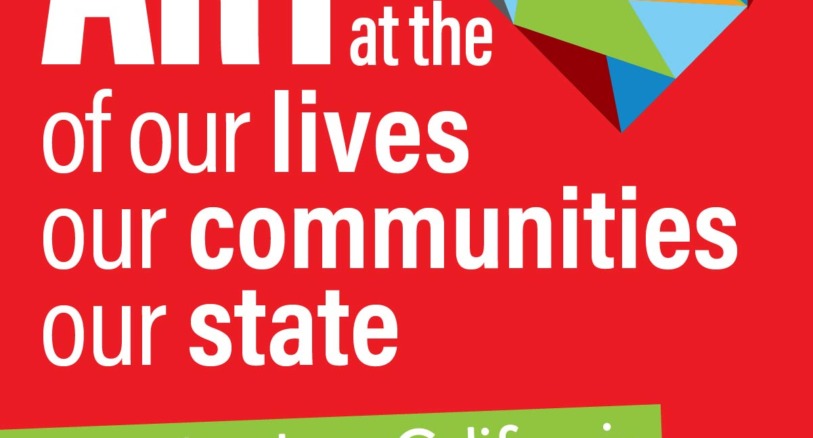